On trots Beth Orton, I’m looking forward to this. I especially liked the first couple of albums, Trailer Park & Central Reservation. I eventually got hold of Daybreaker mainly because of the collaboration, ‘Concrete Sky’. Most of the Albert Hall had probably hoped to hear that tonight, but maybe with their romantic history & Beth’s husband guesting in her band, it was never was going to happen. Orton has a mixed bag of songs in her back catalogue, some folk rock, some mixed with loops, some barely audible & others that soar, liberally sprinkled with vibrato and sandpaper. Tonight, her voice occasionally sounded strained & threatened to crack, but it was a good solid support set. I quite enjoyed that. Time for a vodka.

Curator this year of the Teenage Cancer Trust Gigs, is Noel Gallagher. He introduces the band as “A Supergroup, except for the drummer, he’s a nobody”. We find out shortly that it’s Noel’s tub-thumper, Jeremy Stacy from his High Flying Birds. The rest of the stellar band is made up of, (wait for it) Benmont Tench, (Tom Petty’s Heartbreakers) on keyboards, Don Was (Was Not Was), who is without doubt the coolest bass player I have ever seen (apart from Rick Danko of course). On the double eight, Cindy Cashdollar & finally virtuoso musician,  & go-to producer, Ethan Johns on guitar.

I have seen play live in various line up’s since Heartbreaker was released, so I’ll get this out the way now. The set was absolutely crying out for harmonies. I could hear Neal Casal's sweet harmony lines in my head, & the lady sat to my immediate right, heard mine in her left ear for longer than she probably wanted to. Ethan Johns had a vocal mike in front of him and never used it. Shame, that.

I got the feeling from the band they had obviously rehearsed for tonight, but the lack of wringing the songs out beforehand in the practice room gave them space & room to breathe. Arrangements sat back in a groove and it enabled the sheer quality of musicianship to shine through. The lack of flashiness added to the overall feel for the set, in fact I think I only remember a couple of guitar solos, and one lead line from Cindy.

The set is a live return to form with a more relaxed bantering with various shout outs from the crowd. At one point he improv’s an entire song out from a misheard heckle about baked goods, Loaf Of Bread. The two new songs had a bluesier feel to them, almost like a mid 60s Dylan album cut. It will be interesting to hear the record he is currently working on with the legendary Glyn Johns (Ethan’s father.)

The band takes a break and Ryan plays a short solo set with his marvellous Buck Owens acoustic. Sweet Carolina’s whispered, controlled vocal is amazing in this setting and the solo segment gets the thunderous applause it deserves.

Towards the end of the gig, with everyone locked together like they had been touring this set for 18 months, Ryan looked at his band, & beamed “I have never heard these songs sound so good”

He just may have been right.

Dirty Rain
Ashes & Fire
My Winding Wheel
Fix It
Where I Meet You In My Mind
Loaf Of Bread
Please Do Not Let Me Go
Why Do They Leave?
Invisible Riverside
Let It Ride
Nobody Girl
In The Shadows
Oh My Sweet Carolina
English Girls Approximately
Do I Wait
I Love You But I Don't Know What To Say
Encore:
Dear John
Come Pick Me Up

Click Here To Find Out How To Donate To The Teenage Cancer Trust
Posted by Golf Funk at 05:40 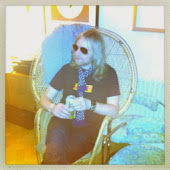 I play golf, sometimes from the fairway. Questionable clothes. The patron saint of quality footwear. 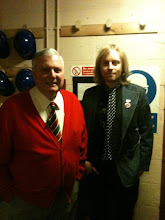